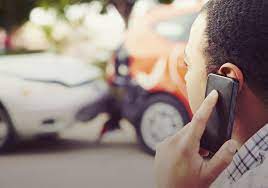 A hit and run accident is when a vehicle hits not just an object, like another car or a mailbox, but potentially an animal or a person, and then leaves the scene.

If you witness a hit and run, do you have responsibilities? There are possible steps you should take, and especially if you see that someone is injured following one of these accidents. The following are some things to know about witnessing a hit and run.

What Exactly Is a Hit and Run?

Contents hide
1 Related Posts:
2 What Exactly Is a Hit and Run?
3 What to Do As a Witness
4 What If a Parked Car Is Hit?
5 Do You Legally Have to Get Involved?

You may have a general idea of what a hit and run is, but perhaps you don’t know the technicalities of what separates these accidents from others or how common these are. For example, since 2009, hit and run deaths have gone up at a rate of more than 7% annually.

A hit and run is any type of accident where a person, another driver, or a vehicle is hit, and the driver then leaves the scene without providing information.

Nearly 70% of all hit and run claims involve parked cars.

Here is an exception—if there’s a property or vehicle accident and there’s no one around for the other driver to leave their information with, but they then file a police report, that’s not a hit and run even if the person leaves the scene.

What to Do As a Witness

So, back to our original question—what can you do if you’re a witness to one of these accidents?

First, you can try as well as possible to memorize details of the vehicle and driver that leaves the scene. Maybe you can quickly snap a photo with your phone, or try and make a note of the color, make and model of the vehicle. You can also record a video of the driver feeling the scene if it’s feasible.

You should also, if there are people involved, see if anyone needs help. Even if the victim seems to be okay, it can be a good idea to contact the police anyway because they’re likely to need to respond to the scene.

If the person is very hurt, you should try to stay with them until help arrives, but don’t try to move them unless they’re in harm’s way otherwise.

Most states have Good Samaritan Laws that will protect you if you try to help people in good faith when they’re hurt.

If the police do come to the accident scene, they’ll ask you for your statement of the relevant facts and your contact information. You may end up being contacted by insurance claims agents or lawyers, and you should just stay factual and honest whenever you talk to them.

Don’t exit your car to help someone if it’s not safe for you to do so, but do, if at all possible, try to stay at the scene so you can report what you saw happen.

What If a Parked Car Is Hit?

If you’re, for example, in a parking lot and a driver hits a parked car and then leaves, you should put a note on the vehicle that was hit. Include your contact information and describe what happened. You want the other driver to be able to find it, and they may need to contact you later on if there was damage to their vehicle.

Do You Legally Have to Get Involved?

If you see an accident, you don’t legally have to be involved, even if it’s a hit and run. There are no state laws that impose a legal duty on bystanders to talk to law enforcement or help at the scene.

Additionally, Good Samaritan laws don’t require that you act at the scene of an accident. They only protect you from incurring any type of civil liability, or basically being sued, if you take action and make the injuries worse.

It’s up to you to decide your comfort level with getting involved any time you see an accident.

With that being said, if anyone figures out who you are and that you may have information about an accident, they can subpoena you. A subpoena is a legal order requiring you to appear in court or a proceeding. It’s an order, and if you ignore that, you’ll face contempt of court.

Of course, if you witness an accident and don’t get involved, it would be relatively difficult for law enforcement or attorneys to figure out who you were to subpoena you.