The UEFA European Championship is one of the greatest European football festivals with a prestige second only to World Cup. The big names of European football fight for glory in this tournament every four years. The competition also had witnessed some of the greatest underdog stories like Denmark of 1992 and Greece of 2004. Here we take a look at the top five favourites to win the glorious Euro 2020.

England possesses superior squad depth and attacking quality which gives them an edge to be in the favourites list. Top striker Harry Kane is in good form just having won the Premier League Golden Boot. Phil Foden and Raheem Sterling along with Grealish and Sancho adds up the attacking fire power. United’s Marcus Rashford is also a key member of the squad. Jordan Henderson and Declan Rice in the midfield will be pivotal meanwhile the huge depth in the right back position is also a key. English team manager Gareth Southgate will be hoping to build on their 2018 world cup heroics. For live soccer betting keep an eye on the Three Lions.

Manager Roberto Martinez is likely to play three men at the back line. In full back positions they lack depth. Goalkeeper Thibaut Courtois and midfield maestro Kevin de Bruyne along with Romelu Lukaku in the attack will be key to Belgium. The injury concerns of key player Eden Hazard will be a problem for the team. Belgium will be focusing on going in the offensive and are expected to get more number of goals. Also their good performance in the UEFA Nations League also gives them boost.

The Italians should be one of the favourites for the tournament. Roberto Mancini has done a good job in rebuilding the Italian squad which failed to qualify for the World Cup. Italy has a squad mixed with youth and experience. Midfielder Marco Verratti will be the key man, veteran players like Chiellini and Bonucci will provide leadership in the team and Ciro Immobile and Lorenzo Insigne will add to the attacking strength. The young players like Moise Kean and Alessandro Bastoni get a wider stage in the tournament. Goalkeeper Gianluigi Donnarumma is a talent to notice in the Italian squad.

The defending champions are also in the favourites list. They have a squad that is improved and better than the EURO winning squad of 2016. Manager Fernando Santos has been doing an excellent job with the resources at his disposal. Portugal’s strength and depth is very impressive. Their key players will be Manchester City player Ruben Dias in the defense, Manchester United star Bruno Fernandes in the centre along with Bernado Silva of Manchester City and in the front line Cristiano Ronaldo and Liverpool ace Diego Jota. Bruno Fernandes and Dias has had a great season in the Premier League. Cristiano Ronaldo’s skills and experience will be monumental in winning the cup once again. Ageing players in the centre back position will be a problem for Portugal. Overall Portugal is expected to reach the final stages of the competition.

France managed by the World Cup winning manager Didier Deschamps is a strong favourite to win also this competition. The recent addition of Real Madrid’s star striker Karim Benzema to the national team is surely a boost. Kylian Mbappe and Antoine Griezmann will lead the attack. The Champions League winner N’golo Kante will be the key player in the squad. His box to box movements out of the defensive midfielder position will be crucial. Paul Pogba and Adrien Rabiot will find their respective places in the midfield. Wissam Ben Yedder, Ousmane Dembele and veteran striker Giroud will all find chance in attack to shine. Hugo Lloris will remain the goalkeeper and Varane, Kimpembe and Pavard will find places in defense. The squad depth of France is impressive except for the goalkeeper position which rely heavily on Hugo Lloris.

Apart from these top five favourites Spain, Netherlands and Croatia can also mount serious challenge to the trophy. 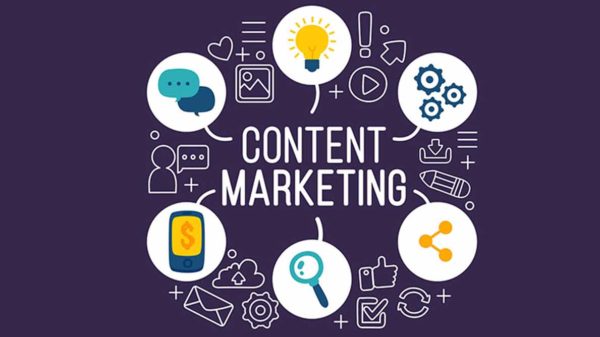 TOP SEVEN BENEFITS OF CONTENT MARKETING FOR YOUR GROWING BUSINESS

Are you new to the digital world? In today’s era, digital marketing is a lot more than making social media profiles or creating a...