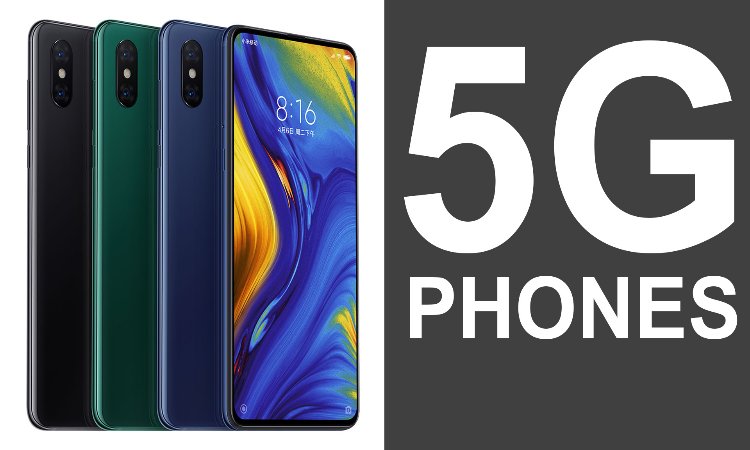 At the beginning of the year, top brands started offering 5G-enabled handsets, but they only came with flagship models. Today however, we can find affordable 5G devices. Here are six such smartphone models that have already hit the stores, or will be available soon.

When 5G-enabled smartphones initially hit the stores in India, they belonged to the mid-premium and premium segments. Realme X50 Pro 5G was priced just over Rs. 37,000, while Vivo also launched a 5G-enabled device with iQOO 3. Soon, other brands followed in their footsteps, with brands like Samsung, Xiaomi, OPPO and OnePlus all launching various 5G-enabled smartphones. While it initially looked like 5G devices would primarily be sold in the mid-premium and premium segments, OnePlus decided to move away from the status quo, and announced that it would be launching India’s first mid-range 5G mobile phone, which was christened ‘OnePlus Nord’.

In many ways, OnePlus Nord was a game-changer. When everyone thought it would take a year or two for smartphone brands to slash prices on 5G-enabled smartphones, OnePlus offered its Nord mobile for less than Rs. 25,000. That set the wheels in motion, and it is now being reported that other brands like Realme and Xiaomi are expected to launch 5G-enabled smartphones in the budget and mid-range segments!

With that said, let us take a look at latest mobile phones that have either already hit the stores, or will be unveiled soon in the budget and mid-range segments.

When we talk about affordable 5G smartphones, we have to start with OnePlus Nord. OnePlus unveiled this 5G-enabled mobile phone earlier this year, with the base variant packing 6GB RAM and 64GB internal storage. This smartphone is available in two other variants: 8GB RAM + 128GB ROM, and 12GB RAM + 256GB ROM. OnePlus Nord is powered by the Qualcomm Snapdragon 765G octa-core processor, and runs on OxygenOS based on Android v.10 operating system.

While it has the same camera configuration as the OnePlus 8 and OnePlus 8 Pro, OnePlus Nord’s cameras haven’t won over the audience like its other premium models, but at the price it is being offered, it is still one of the best camera phones available in the market.

Immediately after launching OnePlus Nord, the brand started working on an even more affordable model, and according to reports, OnePlus will be launching a 5G mobile phone in the budget segment, and has named it OnePlus Clover. Expected to cost around Rs. 15,000, OnePlus Clover will carry the Qualcomm Snapdragon 460 chipset, and will flaunt a 6.52-inch IPS LCD screen. The smartphone will also come with a 13MP triple-camera array, and will house a 16MP front camera, which is very decent in the budget segment. The brand is also expected to offer a mammoth 6,000mAh battery under the hood, and OnePlus Clover could become the best phone under 20,000 INR, owing to its impressive features, and for offering the much-vaunted OnePlus experience to the budget consumers.

Consumers will have to wait for a couple of months for Xiaomi’s Redmi Note 9 5G to hit the stores, which is expected to be priced around Rs. 15,000. This smartphone will be powered by the MediaTek Dimensity 800 chipset, and will pack a 6GB RAM, which will make it a true powerhouse in the budget segment, as users can play their favourite games with ease, or multitask without any hassles.

Redmi Note 9 5G will sport a 6.53-inch IPS LCD screen, and is rumoured to pack a triple-rear camera set-up, with an astounding 48MP primary sensor! On the front, the smartphone will house a 13MP front camera, thereby letting you click crystal clear images. These are all the hallmarks of a truly remarkable smartphone, and Redmi Note 9 5G will soon be added to the list of the best phones under 20000 INR.

When we talk about pocket-friendly smartphones, we have to mention Realme. Realme’s Q2 smartphone is expected to hit the market in January 2021, and will be powered by the MediaTek Dimensity 800 octa-core processor, and will also come with 4GB RAM. The price tag is expected to be similar to that of Redmi Note 9 5G, and the smartphone will flaunt a 6.5-inch IPS LCD screen, with a 120Hz refresh rate, which is perfect for gaming and watching videos. On the camera front, the smartphone will come with a 48MP triple-rear camera, and will sport a 16MP front camera, making it one of the best options for photography enthusiasts in the budget segment.

Yet another affordable upcoming 5G-enabled smartphone belongs to Realme, with Realme V3 costing just over Rs. 10,000! If you’ve ever thought that 5G-enabled smartphones would be expensive, Realme has successfully shattered those misconceptions. Realme V3 will be powered by the MediaTek Dimensity 720 octa-core processor, and will pack an impressive 6GB RAM, making this yet another attractive option for young adults that want their smartphones to be power-packed.

Another 5G mobile phone that won’t cost you more than Rs. 11,000 is Realme Q2i, which, similar to Realme V3, will be powered by MediaTek Dimensity 720 chipset, and will carry 4GB RAM. This smartphone will pack a triple-rear camera array with a 13MP primary shooter, and will house an 8MP selfie camera, and, along with Realme V3, will compete for the tag of best smartphone under 10,000 INR.

If you want to purchase a 5G smartphone, you can now do so without paying any money upfront. Just use the Bajaj Finserv EMI Network Card, and divide the cost of the device into easy EMIs.