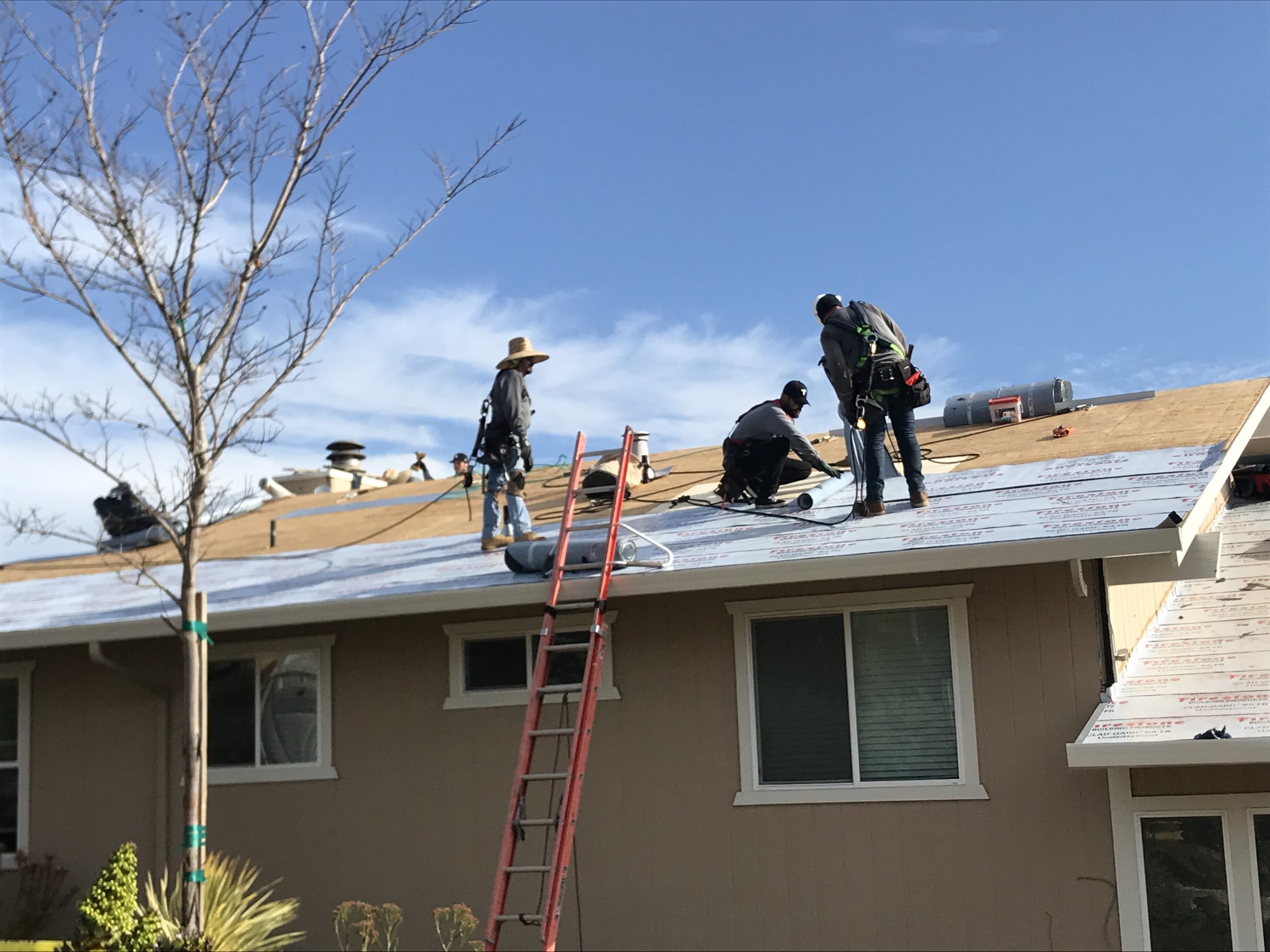 Is it just about time for you to replace the roof that sits on top of your home? If so, you might be surprised to see how many different options that there are out there for you when it comes to residential roofing.

With a new roof costing anywhere from $10,000 to $20,000 on average these days, it’s important for you to pick the right roofing option prior to performing roof replacement. The last thing you want to do is plop down more than $10,000 for a roof that isn’t going to work well for your home.

A good roofing company should be able to supply you with almost any kind of residential roofing that you want when you’re in the market for a new roof. But it’ll be up to you to let your roofing contractor know which roofing option you’re ultimately going to go with for your home.

Want to learn more about some of the roofing options that you’ll have? Here are a few of the most popular types of roofs among homeowners today.

If you drive around almost any neighborhood in the country and look at all of the roofs on top of homes, the vast majority of them are going to be asphalt shingle roofs. Asphalt shingle roofing is, by far, the most popular roofing option in the U.S. at this time.

And it’s not hard to see why. Asphalt shingle roofs are typically the most affordable type of roofing. They’re also readily available in a variety of colors and easy to install, which is why so many homeowners choose to go with this roofing option.

But it’s worth noting that there are some downsides to going with an asphalt shingle roof. Of all the different roofing options, asphalt shingle roofs tend to have the shortest lifespans. They also aren’t always able to insulate homes as effectively as some other kinds of roofs.

Even though asphalt shingle roofing has turned into the most popular roofing option in recent years, it’s actually wood shake roofing that was the clear-cut winner in terms of popularity for a long time. There was once a time when most homes had some form of wooden roofing on top of them.

People love the fact that wood shake roofs, which are typically made out of redwood, cedar, and/or cedar pine, look amazing and give homes a rustic appearance. They also love that wood shake roofs age better than most other types of roofs since they take on a weathered look that will complement the homes that they’re on.

But just like with asphalt shingle roofs, there are some disadvantages that come along with wood shake roofing. For instance, wood shake roofing won’t always hold up well in places where it rains and/or snows a lot. They can start to fall apart when they’re exposed to moisture early and often.

But you should at least think about going with a wood shake roof if you’re a fan of the way they look and live in a place where installing one won’t be a problem.

Both asphalt shingle roofs and wood shake roofs will usually need to be replaced within about 20 or 30 years of being installed. If you want to go with a roofing option that’s made to last a lot longer than that, you’ll want to look elsewhere.

Slate roofing is one of the first great roofing options for those who are interested in installing a very durable roof on top of their home. Slate roofs can last for 50 and sometimes even over 100 years thanks to their durability. They’re also very beautiful roofs that will continue to look great as they show their ability to stand the test of time.

But we should point out that slate roofing is so much heavier than most other types of roofing. Your home is going to have to be able to support the full weight of a slate roof if you choose to go with it. You’re also going to have to pay a pretty penny for a slate roof since they tend to be on the more expensive side.

The cost associated with a slate roof will be well worth it to those who plan on staying in a home for the long haul. But if you’re not going to stay put in your current home for the foreseeable future, paying for a slate roof might not be in the plans.

Although clay and concrete tile roofing won’t last quite as long as slate roofing will, it’s a kind of roofing that should stick around for anywhere from 40 to 50 years. It’s also a type of roofing that is going to add an elegance to your home that it didn’t have before when you choose to install it on top of your house.

The only big problem with tile roofing is that, just like with slate roofing, tile roofs can be extremely heavy. You might have to add some extra framing to your house to support the weight that one will add to your home. It can also take a lot of work for a roofing company to put a tile roof into place successfully.

If you have a Southwestern or Spanish-style house, installing a tile roof on it might be a no-brainer. It’s going to look right at home when you install it during the roof replacement process.

But you need to have a very particular type of home to get a tile roof. Otherwise, you might end up spending a small fortune on it and not getting a great return on your investment.

Do you live in a part of the country that gets a lot of inclement weather? If you do, you might find yourself doing roof repair all the time if you install something like an asphalt shingle roof during roof replacement.

Instead, what about going with a strong metal roof that’s made to put up with almost anything Mother Nature throws in its direction? Metal roofs are often constructed out of metals like aluminum, stainless steel, and copper and will prove to be every bit as durable as you need them to be.

Because of this, the average metal roof will usually stay put for between 40 and 70 years before you have to replace it. It’ll also continue to maintain its appearance during this time so that it always looks great.

Some homeowners are scared off by the cost of metal roofs, which are often on the higher end of the spectrum compared to other roofing options. But if you can afford to install one, you’ll be happy with its long lifespan, which will prevent you from having to replace it anytime soon.

What Is the Best Roofing Option for Your Home?

As you can see, each roofing option on this list brings something slightly different to the table. Something like an asphalt shingle roof will allow you to do roof replacement without breaking the bank, while a metal roof will set you up with roofing that will last for a long time.

Your goal when you’re doing roof replacement should be to scour through your options and pick out the one that provides the benefits you need. You should think long and hard about which new roof is going to fit your home best before speaking with a roofing company about replacing your existing roof.

Don’t rush into making any decisions when it comes to your roof. You could come to regret it later on if you install a roof that doesn’t live up to your expectations.

Do you know which roofing option is going to be the right one for your home? Once you make this decision, you should find the best roofing company in your area and discuss doing roof replacement with their help.

A great roofing contractor should be able to show you lots of roofing options and assist you in choosing the best one for your home. They should also make sure that your new roof is installed the right way so that you’re able to enjoy it for years to come.

Would you like to read more about tackling large home improvement projects like roof replacement? Browse through the rest of our blog to find informative articles that will help you.